Posted by Weathered Feather ⋅ May 1, 2017 ⋅ Leave a comment
Filed Under  Form, Poetry Prompts

This week’s prompt: a form poem the ‘Golden Shovel’

See the explanation of the form on Robert Lee Brewer’s blog for the Golden Shovel or a copy of it below. Terrence Hayes invented this form.

In summary, you choose a line or more from one of your favorite poems and use every word of those lines in a poem you write as the last word of your lines.

Here are the rules for the Golden Shovel:

If it’s still kind of abstract, read these two poems to see how Terrance Hayes used a Gwendolyn Brooks poem to write the first golden shovel:

As you can see, the original golden shovel takes more than a line from the poem. In fact, it pulls every word from the Brooks poem, and it does it twice. 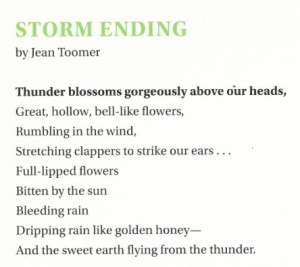 Let us know what you think Cancel reply